View source
watch 01:36
We're Getting Mutants in the MCU - The Loop
Do you like this video?
Play Sound

105 minutes
Confession is third film of Digimon Adventure tri.. It is the fifth film of the Adventure series overall.

THE TIME DRAWS NEAR...

Tai and his friends are haunted by the infection that resulted in Meicoomon destroying Leomon. What could have caused it? When did it occur? Now, all of the Digimon are quarantined, in hopes that answears can be found and the infection can be stopped. Unfortunately, one of the quarantined Digimon is already showing symptoms.

While Meiko remains traumatized by Meicoomon's betrayal, Izzy becomes irritable as he obsessively tries to determine what caused Meicoomon to become infected. Meanwhile, as disruptions believed to be caused by Meicoomon start affecting airlines, Maki and Daigo tell Matt about their investigation, but keep quiet about both Meicoomon causing the disruptions and the fact other DigiDestined have gone missing.

Later, T.K. discovers something amiss with Patamon when he briefly acts violent and bites him. As T.K. decides to take Patamon home with him, prompting the others to do the same with their Digimon, he tells Meiko about what is really happening to Patamon, who eventually realizes he is infected himself and asks T.K. to stop him should the worst come to happen.

One night, a mysterious message appears all over electrical devices during a power outage, stating that "the Digimon will be released again" creating turmoil in the population. The next day as Patamon informs the other Digimon about his infection, Kari becomes possessed by the mysterious messenger Homeostasis who warns them that the infected Digimon could potentially destroy both the Human and Digital Worlds unless a great sacrifice is made. Having overheard them, Maki concludes that the next time Meicoomon appears, Homeostasis might trigger a "Reboot" which would reset the Digital World to before the infection in order to save all other worlds. After Gatomon tells the others that this reboot would also cause them to lose all memories of their partners, the Digimon prepare for the worst and spend some precious time with their partners, during which Agumon tells Tai about the reboot.

Izzy discovers that the distortions are the result of binary code being overwritten by a different language, coming up with a plan after Tentomon informs him about the reboot. Meicoomon soon appears again at the Tokyo International Exhibition Center, prompting the Digimon to fight against her to try and keep her out of the Human World. Despite T.K.'s attempts to stop him, Patamon digivolves to Angemon and enters the fray, but becomes overpowered by his infection, which soon starts spreading to the other Digimon. As a countdown towards the reboot begins, Izzy brings up his counter-plan, creating a field that can use backup data to restore the infected Digimon.

As Tentomon struggles with helping the others while fighting off his own infection, he Digivolves into his Mega form HerculesKabuterimon, captures Meicrackmon Vicious Mode, and snaps the Digimon out of their infection before using all of his strength to push them back into the distortion before the reboot occurs. One week later as the Digidestined decide they want to see their Digimon again, Meiko tells T.K. that the infection originated from Meicoomon, who was already infected the moment she met her, feeling she has no right to go see her.

Using the power of their Crests, the DigiDestined travel to the rebooted Digital World where they briefly encounter Alphamon fighting against another Mega-Level Digimon named Jesmon. They soon come across their partner Digimon, who have lost their memories, deciding to befriend them from scratch. Maki confronts the Digimon Emperor who is revealed to be a Gennai-like character in a black outfit. Meicoomon is seen nearby still possessing her memories of Meiko. 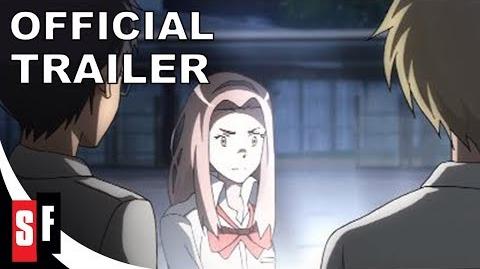